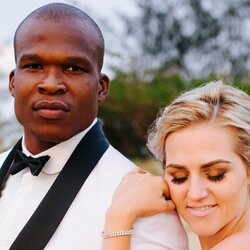 On April 14, 2001, 29-year-old Lindani Myeni interjected himself into a vehicle break-in investigation by Honolulu Police Department (HPD) officers.  Both the victim of the break-in and HPD officers told Myeni to leave, at which point Myeni asked one of the officers for money to buy food and tried to get into the back of a police car.

According to HPD, Myeni then got into a car and drove to a home occupied by a tourist couple that didn't know him, following them and making strange comments.  One of the tourists called 911, and HPD officers responded.

Body cam footage released by Honolulu Prosecuting Attorney Steve Alm showed Myeni punching responding officers, giving one officer facial fractures and a concussion.  Alm also said that police tried other non-lethal methods, including a stun gun that was uneffective, before one officer fired three shots.  Alm also claimed that Myeni continued punching an officer even after he took one shot to the chest.

Doorbell camera footage obtained by lawyers representing Myeni's widow showed that when Myeni arrived at the house, he entered the home and then left after realizing his presence confused the tourists, repeatedly apologizing.  The footage also shows the tourists pretending to be on phone calls after Myeni entered, with the wife calling HPD after Myeni went outside.  During the call, she informed the operator that Myeni had no weapons and identified him to police.

In June 2021, Honolulu Prosecuting Attorney Steve Alm declined to press charges against any of the HPD officers involved in the shooting, saying that they were justified in their use of deadly force.  Alm stated that the investigation found that Myeni had entered a home uninvited and physically attacked HPD officers.  Alm said that there was no evidence that Myeni mistook the home for a nearby Hare Krishna temple, stating that his earlier interaction with HPD officers showed that he could identify them and wasn't intimidated by them.  Alm also said that the officers yelled "police" after gunfire.

Myeni's widow filed a wrongful death lawsuit alleging that the officers were motivated by racial discrimination and that Myeni likely mistook the house for a nearby Hare Krishna temple.  Her attorney, Bridget Morgan-Bickerton, said that Alm's investigation was flawed for many reasons, including not interviewing any of the officers.  Alm said that his office relied on police statements during their investigation.

Myeni's death drew international attention, particularly as it occurred during a general period of unrest around racial injustice and police brutality within the United States.