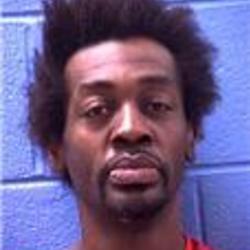 The South Carolina Law Enforcement Division is investigating after a West Columbia police officer shot and killed a man with a handgun Monday night.

The incident happened at approximately 11:15 p.m. after officers were called to Kangaroo Express gas station at 1190 Sunset Boulevard about a man threatening a citizen with a handgun.

Officers located the suspect a block away in the 1100 block of Leaphart Street.

Investigators say when two officers made contact with the suspect, he pulled a handgun from his waistband. One of the officers responded by fatally shooting the suspect, Chief Dennis K. Tyndall said.

The suspect was later identified as Eliakim Tipan Shabazz, 48, of Marlboro Rd. in Cayce. Tyndall said Shabazz had a long history of weapon, drug, assault and resisting arrest charges.

The officer, who had been on the force for just two weeks, was not injured. He spent several years with the Richland County Sheriff's Department before joining West Columbia.