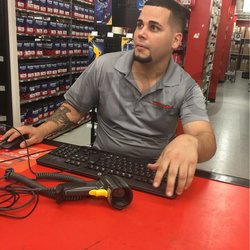 The incident began after shots were fired at 4 a.m. outside the Heads or Tails Gentlemen's Lounge at 766 E. 25th St., Hialeah police said.

Officers ended up following a man in a white Honda along Northwest 79th Street, police said. The chase came to an end at Northwest 35th Avenue.

At least one officer opened fire during the incident, police said.

"The gunshots woke me up and I came out here and as I'm walking, I see a body," Barbaro Hernandez said. "It looked like they hit over 40 or 50 times, for sure."

Dozens of bullet holes were left in the Honda and the rear end of the car was crumpled.