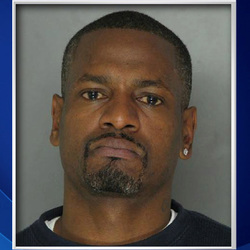 Police said 47 year-old Leslie Sapp brandished an air gun and was shot when a federal fugitive task force came to arrest him. he died of multiple gunshot wounds according to the Allegheny County Medical Examiner's Office.

Police said Sapp was wanted on a Pittsburgh warrant for charges including rape, aggravated indecent assault of a 13-year-old, statutory sex assault and other charges from April 2011 through May 2014.

Pittsburgh police, who were leading the investigation did not say how many law enforcement officers were present at the time and how many of them fired shots at 47-year-old Leslie Sapp III.

A friend of Sapp's, Melissa Brown, 41, of Pittsburgh, told the Pittsburgh Tribune-Review she went to Sapp's home afterward and saw evidence that a side door had been forced open and saw six to eight gunshot holes along a stairwell wall leading to the second floor.