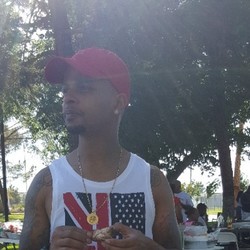 Leroy T. Browning died Sunday, November 20, 2015 after being shot by a sheriff's deputy in Palmdale, the Los Angeles County Sheriff's Department said. The shooting was reported just before 3 a.m. in the 37900 block of 47th Street East, LASD officials confirmed. Employees of a fast-food restaurant called to report that a car had collided into the building, near the drive-through area, and the driver appeared to be unconscious, LASD said. When deputies arrived, they began to conduct a DUI investigation and the suspect was placed in the rear of a sheriff's patrol.

According to authorities, when deputies attempted to arrest and handcuff the man, he allegedly jumped out of the car and began to fight with a deputy. The fight was taken to the ground as other deputies joined in to aid the deputy involved. Authorities said, sheriff's deputies shot the suspect after he attempted to grab the deputy's weapon and would not let go.