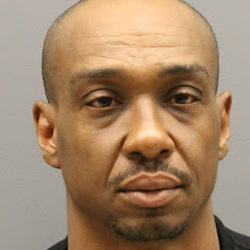 49 year-old Leonard Shand was shot and killed by police officers Thursday morning in Hyattsville after the officers said they used eight non-lethal weapons to try and deescalate the situation.

The Hyattsville Police Department received a call at 7:14 a.m. from a coffee shop near Toledo and Belcrest roads saying a man had struck an employee in the head with a metal pole three days earlier, and was back at the shop with two knives.

Officers from Hyattsville, Mount Rainier and Prince George’s County went to the scene along with a K-9 unit. Officials said 10 officers tried to disarm the suspect using non-lethal methods over the course of 30 minutes.

Amal Awad with the City of Hyattsville's Police Department said three different officers deployed a Taser, which was unsuccessful. While trying to contain the suspect, another officer deployed pepper spray, which was also unsuccessful.

Awad said a supervisor then got to the scene armed with a non-lethal shotgun filled with bean bags. Awad said the suspect was heard saying he "embraced death," and told the supervisor, "I'm going to get you."

An officer deployed a flash bang in an attempt to disorient the suspect, and the supervisor then deployed the non-lethal shotgun.

Instagram user @princessbigcheef posted the moments that led up to 49-year-old Leonard Shand being shot by police.