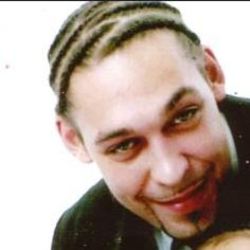 Pierce County Prosecutor Mark Lindquist says a Metro SWAT team member was justified in fatally shooting a Fife man who refused to release his 4-year-old son in a standoff earlier this year.

Lindquist concluded that Lakewood police officer Brian Markert was justified in shooting 30-year-old Leonard Benjamin Thomas on May 23. Lindquist described Markert as an “expert marksman” doing what was necessary to protect the child.

On that May day, Fife police responded to call from Thomas’ mother, who said he had assaulted her. She said she was worried about her grandson.

The standoff began shortly after 10 p.m. when Fife police officers responded to the reports of a domestic violence assault in the 200 block of 55th Avenue East. A woman reported her adult son was highly intoxicated, depressed over the death of a close friend, and would not release his son into her care.

"I had begged them just prior, 'Please don't shoot my son. He is drunk and he is belligerent, but he is not armed.' (The officer) said, 'We've got to follow protocol,'" she said.

She said Leonard eventually sent his son, Elijah, out to police.

Woods said the incident is under investigation, but said the information he has contradicts Annalesa's description of the events.

Police claim Leonard told them he was armed, but no guns have been found. They say they also shot his dog because it acted aggressively toward them.

January 2018 A federal judge has upheld a $15.1 million jury verdict against the city of Lakewood in Pierce County, Police Chief Mike Zaro and two other Lakewood officers for killing Leonard Thomas during a 2013 SWAT operation, taking the opportunity to scold the defense for suggesting the jury was motivated by fear of racial backlash if it exonerated the officers for killing an unarmed black man.