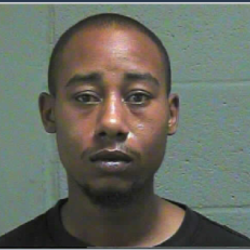 Police were called to the scene at 2:04 p.m. Wednesday regarding unknown trouble at an apartment complex in the 3000 block of Northwest 41st Street.

“The caller said there was a male subject who was high, had a gun and that he shot at them,” the news release states. “Additional people called 911 saying they heard gunshots at this location.”

Sgt. Tyler Head and Sgt. Harrison Fincham located the suspect, Craig, in the complex’s eastside parking lot. Craig was on the driver’s side of a vehicle which was between him and the officers, according to the news release.

The officers gave Craig several orders to show his hands, but he would not comply, according to the news release.

Craig was transported to a local hospital where he was pronounced dead, the news release states.