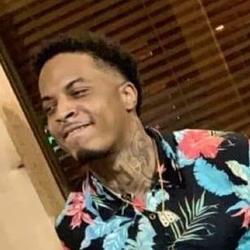 Jefferson Parish Sheriff Joseph Lopinto said deputies shot Brooks as he was reaching for a pistol in a second-floor unit at the Grand Vida apartment complex, 2220 Cleary Ave., Metairie.

JPSO deputy fatally shoots man linked to Frank Lemon Playground triple shooting
Investigators were there to take Brooks into custody on a warrant stemming from a July 9 shootout in the 3700 block of Rockford Heights in Metairie in which no one was injured.

Brooks' relatives accused the Sheriff's Office of manufacturing a reason for taking his life, after the fact.

"That's all lies," Brooks' sister, Leantay Brooks, 29, said Friday. "I feel like they're looking for similar stuff that went on in the area where Leo hung out to find a justification for what they did. They knew they made a mistake.