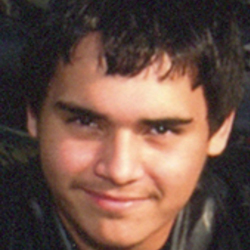 Officers say the standoff was with a man who had posted suicidal messages on Facebook and barricaded himself inside his home.

Sgt. Bright says the man came to the front porch of the home and was pulling a weapon out of his pocket when he was shot by law enforcement officials. The man died at the scene.

A negotiation team had been called in but had not arrived on scene before the man came out the home.

The video shows cops shooting at cops, missing each other by, in some cases, inches.

Andrew Bonin shot the cell phone video and saw Fitz get gunned down.

“He was like this because I know he threw his cell phone at police and he had his hands in like this and he was digging for something I think and the police said ‘pull your hands out so he goes like this and his hands get to right about here and then they start shooting him,” Bonin recounts.

“He was smoking a cigarette. They told him when he got done with his cigarette and threw his phone at them, and they told him to pull his hands out of his pockets. Put his hands up and they fired at him. I would guess after just a couple rounds he went down and they continued firing,” Miranda says.