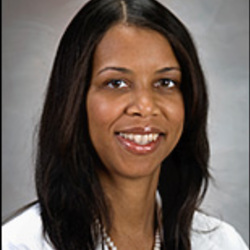 Haggerty, 26, was fatally shot June 4, 1999, by Officer Serena Daniels as Haggerty sat in a friend's car talking on her cellular telephone. She was a passenger in a car driven by Raymond Smith that had been pursued for 31 blocks by Daniels and three other officers after he drove away from a traffic stop.

Daniels said she feared for her life and shot Haggerty after mistaking a silver padlock for a gun. But witnesses at the shooting scene at 64th Street and King Drive said the only item in Haggerty's hands was the black cell phone.

An internal investigation report shows that not one eyewitness corroborates Daniels' contention that Haggerty had a shiny, silver object in her right hand that could have been mistaken for a gun.

In fact, a police officer standing on the passenger side of the car with his gun drawn on Haggerty told authorities that--like the other witnesses--he saw a cellular telephone in Haggerty's left hand but never saw a shiny object in her right hand.

Police did find a 4-inch silver padlock, the type placed on a car's steering column to guard against theft, on the front passenger floor. However, no discernible fingerprints were found on it, prompting Haggerty's family to suggest that Daniels made up the story about the shiny object afterward.

The City of Chicago agreed to pay $18 million to the family of LaTanya Haggerty as part of an out-of-court settlement that also required Chicago Mayor Richard Daley to meet with her parents. A trio of Haggerty family lawyers that included Johnnie Cochran, a defense lawyer in the O.J. Simpson murder case, announced the settlement.

The proposed settlement is believed to be the largest of its kind and came on the eve of trial in a wrongful death lawsuit in the politically charged case that ignited months of community protests and brought some reform to the Chicago Police Department.