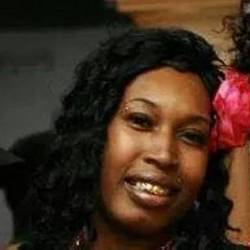 36 year-old prisoner Latandra Ellington filed a complaint about corrections officer Patrick Quercioli less than 24 hours before she was found dead in a confinement cell from what authorities say were natural causes, the Miami Herald reports. Family members have filed a lawsuit alleging that a private autopsy found that Ellington—who had seven months left to serve on a 22-month sentence for grand theft—had "toxic amounts" of blood-pressure medication in her system and that her body showed signs of abuse, including excessive bruising

Though Quercioli had been arrested twice — once for allegedly dealing steroids and again, on charges of beating a motorist in a fit of road rage — he managed to persuade the Florida Department of Corrections to hire him in 2004.

Prisoners say Sgt. Q, as he was known, was among the most menacing officers at Lowell Correctional Institution for women, a man whose patience was not to be tested. But on Sept. 21, 2014, one inmate dared to do just that, after seeing something she wasn’t supposed to see: Quercioli allegedly having sex with an inmate in C Dorm, in a rear bathroom behind the officers’ station.

Disgusted, the inmate — Latandra Ellington — vowed to report it, even though, according to her, Quercioli threatened to kill her if she didn’t keep her mouth shut.