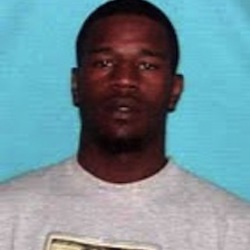 LARRY EUGENE Jackson Jr. was slain by the Austin Police Department (APD) on July 26 in yet another tragedy for a community that is no stranger to police violence.

While police were investigating a robbery that occurred earlier that day, Jackson tried to enter the bank during business hours, but was stopped by locked doors. After coming back a few minutes later, a bank manager noticed Jackson at the door and went outside to ask questions. A few moments later, the manager informed Detective Charles Kleinert, who was interviewing bank employees, that Jackson "misidentified" himself.

Kleinert himself went to the door and questioned Jackson for a few minutes, and Jackson ran from the detective. Kleinert commandeered a civilian car to hunt down Jackson to a bridge near Shoal Creek and 34th Street. After a scuffle, he shot Jackson in the back of the neck.

After the shooting, Assistant Police Chief Brian Manley told reporters they were "confident" Jackson was going to "commit a fraud" at the bank. He would not comment why he was so confident, nor what type of fraud Jackson was planning to commit. When asked if it was illegal to run from police, Manley said no, but added, "It's never a good idea to run from police."

A Texas Grand Jury indicted Kleinert on manslaughter charges in May 2014. Before the case went to trial, a federal judge dismissed it, saying Kleinert was immune to state prosecution because he was part of an FBI task force carrying out a bank robbery investigation at the time Larry Jackson, Jr. was killed. Now, the state is appealing.