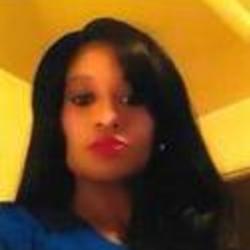 Sweatt was shot after she allegedly injured a sheriff's deputy who had arrived at her home to serve her with an eviction notice. Body camera footage shows an officer shooting Sweatt as she approaches with an ax.

Authorities in Tennessee say an officer fatally shot a woman who attacked with a medieval-style ax.

Gallatin police said in a news release it sent several officers when Pickard requested help. Sweatt then threatened Gallatin Officer James Spray with the ax and Spray shot her. Officers immediately began medical treatment on Sweatt, who later was pronounced dead at a hospital.

The incident comes amid a national debate and increased scrutiny over police treatment of black people and several deaths that have made international headlines. Sweatt is black. Spray, who’s white, has been placed on administrative leave pending an internal investigation.

Almost as soon as he has opened his door, Spray’s gun is out and aimed at 40-year-old Laronda Sweatt who is walking towards him with a medieval-style ax.

Spray is then heard ordering her over and over again to drop the weapon, but she refuses and continues to walk towards him.

Eventually he fires two shots at her and she falls to the ground.

Another clip, taken from the perspective of an officer who was driving behind Spray, shows Spray backing up as the woman approaches him. The woman is then seen falling to the pavement when Spray hits her with the fatal shots.

Forced evictions constitute gross violations of a range of internationally recognized human rights, including the human rights to adequate housing, food, water, health, education, work, security of the person, freedom from cruel, inhuman and degrading treatment, and freedom of movement.