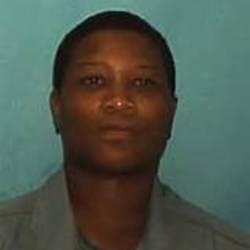 Officials are investigating an early morning accident that left a Jacksonville woman dead.

According to Jacksonville Sheriff's officials, Lt. Jimmy Ricks was in a marked patrol vehicle on his way to work shortly before 6 a.m. when he struck Watson in the northbound lanes.

Laporsha Watson, 27, was released from jail a few weeks ago. Her family says she was getting her life back on track when it ended on a stretch of Interstate 95.

Police say for some reason Watson didn't bother to use the pedestrian walkway that goes over I-95, instead she just walked across.

"Sad, but we don't know exactly every detail and we won't know anything until tomorrow. All we know is she was trying to cross," said Linda Monlyn.