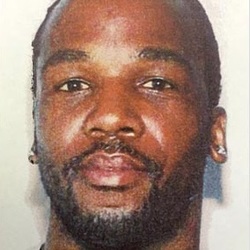 Two motorcycle officers shot Lamontez Jones, 39, fatally wounding him, when he allegedly pulled a gun on them as they chased him through the Gaslamp District Tuesday afternoon. Police Chief Shelley Zimmerman came to the defense Wednesday of the officers who did not activate their uniform-worn cameras during an attempted enforcement stop that ended in the fatal shooting of a fugitive from the East Coast. Jones ran off when one of the traffic patrolmen tried to contact him about making a disturbance and interfering with traffic near Horton Plaza about 2 p.m., according to police. Jones fled to the south and east for several blocks, ignoring repeated orders to halt, Capt. David Nisleit said. At Sixth Avenue and F Street, the suspect allegedly turned toward his pursuers and pulled a pistol out of a backpack he was carrying. Fearing for their lives, the officers opened fire on Jones, who fell onto the roadway, Nisleit said. The suspect then began to sit up and raise the weapon once more, prompting them to shoot him again, according to police. Medics took Jones to UCSD Medical Center, where he was pronounced dead. The names of the two involved officers have yet to be made public.

On Tuesday April 19, 2016, about a dozen people gathered in front of San Diego police headquarters Tuesday morning to denounce the shooting and announce the filing of a wrongful death claim against the city and the officers involved.