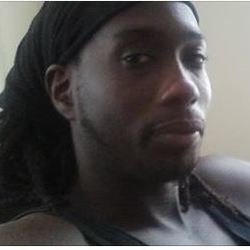 A probation officer has been identified after investigators say the person he was attempting to take into custody died during the arrest.

According to the SBI, a Probation and Parole Officer, later identified as 23-year-old William Kyle Torrence, was attempting to locate and detain a man for a probation violation related to an assault charge in Anson County.

Someone close to the deceased man told WBTV his name is Lamont Perry.

“It has been very hard. I have been crying and crying, screaming, and hollering. Just wanting my baby back,” said the girlfriend of the man that died. "We have been together 7 years. We loved each other. We were planning on getting married.”

Cause of death is pending an autopsy and no weapon was located on the scene.

“I did not see too much other than when he was here with me," said the girlfriend. “Waiting to hear exactly what happened before I start making any judgments or what not.”

According to the SBI, several Wadesboro police officers were on scene and witnessed the encounter after the arrest.

The SBI is conducting a use of force criminal investigation and expects to release more information Friday once the victim's family has been notified.

Torrence has been placed on administrative duty pending the outcome of an internal investigation of the incident. This is standard procedure.