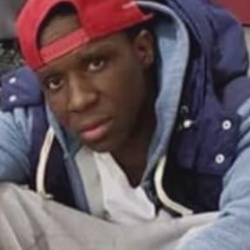 39-year-old Kyron Marcell Sands was involved in a police chase that led to an officer-involved shooting and has died.

According to police, the chase happened around 11 a.m. on Wednesday, and started in Norwich.

Police were called to the report of a break-in at a home on Broad Street, Norwich police said.

When officers responded, the male suspect fired a gun at Norwich officers and then got into a stolen car and fled the scene.

The suspect has been identified as of Hartford.

Officers chased Sands onto I-395 and into Willimantic.

During the pursuit, Sands fired several shots at officers, and at civilians, and tried to carjack multiple vehicles.

"During the course of the pursuit, the suspect attempted to carjack multiple vehicles and fired shots at several civilians," said Trooper Joe Dorelus, CT State Police.

The chase ended in the area of Route 32 and Old Plains Road where police caught up to Sands.

That's when Sands tried to flee on foot, and then started firing a weapon again, police said.

He was shot at least one time and later died.