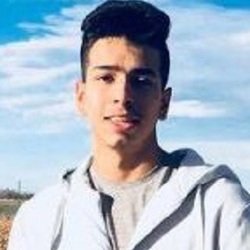 “He was hungry and tired,” Feltman said. “He was yelling because he was upset.”

His girlfriend’s mother told him to leave or she would call 911.

“It just so happened that a (expletive) cop was in the hallway,” Feltman said.

Just as her son walked out of his girlfriend’s apartment, he saw the officer. Grabbingbear took off running down the apartment hallway. The deputy gave chase, Feltman said. Sgt. Jim Morgen of the Adams County Sheriff’s Office verified this sequence of events. The deputy caught Grabbingbear in a small courtyard, she said.

Morgen said the deputy suffered neck and head injuries in a confrontation. Feltman and Morgen agree that at that point, the deputy pulled out his gun and shot Grabbingbear.

Feltman said her son doubled over and crawled under a balcony. She said the deputy pulled her son out by his arms under the balcony. Both the deputy, who has not been identified, and Grabbingbear were taken to a hospital for treatment, Morgen said. The suspect was later pronounced dead.