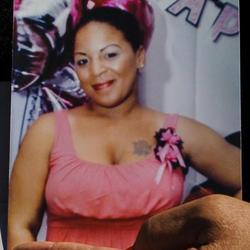 Livingston was arrested on July 20 at 1:51 a.m. after getting into an argument with her 79-year-old grandmother, Theresa Johnson, while drinking a bottle of vodka. Although the altercation wasn't violent, Livingston violated a specialized order of protection that her grandmother filed prohibiting alcohol or fighting in the home.

Police arrived to the residence about an hour after the fight had started to escort Livingston off the premises and arrest her. Officers transported Livingston first to Kings County Hospital to treat her apparent intoxication and eight hours later she was taken to the holding cell at Brooklyn central booking on Schermerhorn St. to await arraignment with 15 other women.

According to another inmate who was in the holding cell, Livingston complained of stomach cramps and diarrhea, but received no help or treatment from the officers who said that the woman was a drunk, the Daily News reports.

It was not until Livingston started to suffer from "apparent seizures" that officers acknowledged her complaints of ill health and called for emergency medical personnel, who arrived on the scene at 6:40 a.m.

Livingston was in the holding cell for 20 hours and, according to witnesses, was in pain for as many as seven hours before she was taken to Brooklyn Hospital where she was pronounced dead on arrival at 6:58 a.m.