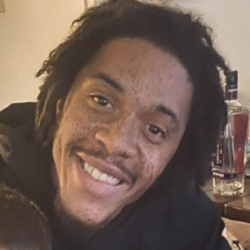 Ky Johnson, 31, of Grandview, allegedly shot and critically wounded a Kansas City police officer before himself being killed by policeaccording to the Missouri Highway Patrol.

Johnson, who would have turned 32 July 5, had struggled with bipolar disorder and finding the right medication to treat it, his mother said. An estimated 15 minutes before the shooting, her son had called her, clearly in crisis, Brown said.