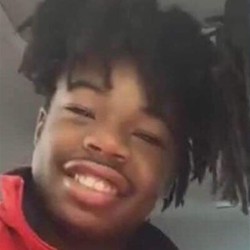 On Sunday, January 5, 2020, Jacksonville Sheriff's Officers (JSO) attempted to pull over a car that was traveling in the wrong direction on a one-way road.  Reports claim that the car did not stop, but instead crashed into another vehicle and then a pedestrian bridge.  Officer N.E. Lawson approached the car, which contained two men, and "an exchange" began.  Lawson fired his weapon, striking both men, who were later taken to the hospital.

One of the men passed away, and family members are claiming that the victim was actually 17-year-old Kwame Jones.  The JSO took over four days to notify the family or allow them to officially identify the teenager.  The JSO claimed that a rifle was found in the back seat of the car, but family members are skeptical that the picture was of a gun at the scene and not one that had already been booked as evidence.

The officer who shot Jones had previously been disciplined for failure to conform to work standards and "bias-based enforcement."  Officer Lawson had been with the JSO for less than two years.  He was wearing a body camera during the incident.

The family of Kwame Jones, along with the Jacksonville Community Action Committee (JCAC), held a vigil demanding justice for Jones on January 17.  Both the family and the JCAC are demanding the release of all unedited body camera footage and a civilian police accountability council.