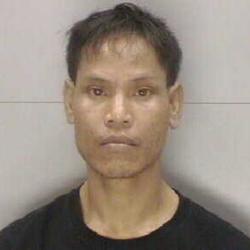 Saturday, Richland County Coroner Gary Watts identified the man as 34-year-old Kong Nay of Columbia.  Watts said he has been unable to find Nay's family to notify them of his death, so he's asking anyone who can help locate his family to call his office.

During a news conference Friday, the sheriff said Nay had been arrested in the past for burglary and assault on a public official. In May, Nay's family asked Lott's department to assist in taking him for a mental evaluation with the hope that he would be committed to a mental health facility, the sheriff said. "He wasn't committed," said Lott.