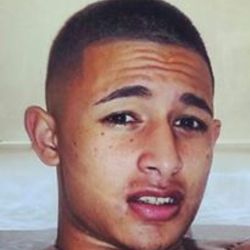 Kobvey Igbuhay, 18, died at the hospital where he was taken after being shot during the altercation with an officer. Police said the altercation occurred after four suspects in a stolen car fled into a swampy area to elude police. Officials say the incident started at 2:30 a.m. when a police officer spotted a stolen SUV near Nebraska and Lake avenues. Four people were inside the SUV. Police pursued the SUV which ultimately stopped behind the First Presbyterian Church of Tampa, located at 4307 Humphrey St., and the suspects got out of the SUV and ran into a wooded area with deep, swampy water. Two of the suspects were quickly taken into custody, and police followed the other suspects, one of which was Igbuhay, into the woods with K-9 police dogs. One of the police dogs went into deep water chasing the suspects. Igbuhay pushed the dog down under the water, and K-9 Titus lost consciousness. According to police, the officer then approached Igbuhay, who attempted to push his head under water. The officer fired one shot, wounding Igbuhay. The officer revived the police dog and Igbuhay was taken to the hospital where he later died.

On Friday January 22, 2016, the Florida State Attorney announced that the officer who killed Igbuhay would not be charged