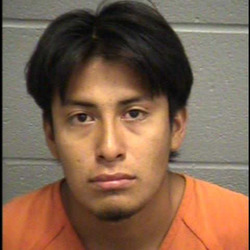 As we first reported on the NewsWest 9 Facebook page, the shooting happened around 7:30 p.m. near the intersection of Terrell St. and Industrial Ave.

City of Midland Public Information Officer, Sara Bustilloz, said officers were called out to the area in reference to a check person.

That's when, police said, they saw Kheyanev Littledog, 19, with a handgun in his waistband.

Police said dash camera footage and witness statements during the investigation revealed that Littledog was reaching for the gun when he was shot by two officers.

Littledog was taken to the hospital where he later died.

We're told that Littledog was also in possession of a second firearm in his backpack at the time of the shooting and he wasn't licensed to carry a firearm.

According to public records, Littledog has a history of criminal offenses. Those charges include criminal trespass from 2015 where he pleaded no contest, drug possession in 2016 and public intoxication with three prior convictions in 2016.