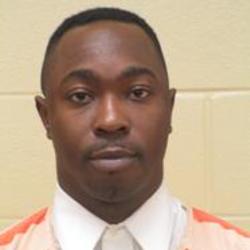 Khari Westly, 33 was shot and killed on July 26, 2015 when police responded to a call from a woman that she and at least one other woman were being held at gunpoint by a male relative in Queensborough. The women, aged 16 and 19, told arriving officers the man had held them since approximately 4 a.m. but finally left the residence just before 11 a.m., giving them the opportunity to call authorities, a release from police spokesman Bill Goodin said. The women said they believed the man had gone back to his residence in the 3100 block of Boss Avenue, directly behind their dwelling on Exposition.

As officers headed to Boss Avenue to locate the man, his estranged wife arrived at the Exposition Avenue house to check on the victims. The man confronted his wife there and fired at least two gunshots at her, the release said. Investigating officers attempted to talk to the man, who then fired another gunshot as he fled from them in an apparent attempt to evade capture, Goodin noted. The man ran to the intersection of Alabama Avenue and Greenwood Road, where he turned toward pursuing officers and fired another shot. At that point, four officers returned fire, rounds striking the man multiple times. The man was subsequently taken to University Health by the Shreveport Fire Department, where he was later pronounced deceased.