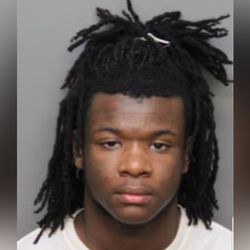 Early Wednesday morning law enforcement officers were executing an arrest warrant at the address when Keyshon Parham reportedly fled through another exit. A chase ensued and there was an “altercation.”

At some point, two law enforcement officers fired their weapons and Parham was shot and killed.  A deputy who did not fire his weapon was also shot in the leg and rushed to the Regional Medical Center in critical condition.

As of Wednesday evening a spokesperson with the Sheriff’s Office said the deputy was alert and visiting with his family.

The TBI would not say if Parham shot at the deputies or if they found a weapon at the scene, saying it was under investigation.

In October 2019, the District Attorney’s Office found that Shelby County deputies were acting within the law upon shooting and killing Parham.