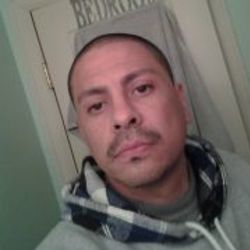 43-year-old Kevin Pulido was shot by three officers in the city’s South Side on Tuesday and died at the scene.

Residents reported that a man believed to be Pulido approached them and asked if they had seen any police officers. Witnesses said the man told them police were looking for him so he was going to look for them. He then pulled a handgun from his waistband, racked it in front of them and walked away.

Police Capt. Kenny Rider says Pulido pointed a gun at an officer’s vehicle, and she “disengaged and pulled away.” Meanwhile, other officers responded to the area and shot Pulido as he walked toward them.

Investigators have not released additional details about what led to Pulido’s shooting, but Rider says, “At a minimum, he was pointing his weapon at the police officers.”

Pueblo Police Chief Troy Davenport said Wednesday that when someone points a gun at officers, they have to defend themselves.

In October 2020, the three Pueblo Police officers involved in the June fatal shooting of Kevin Pulido were cleared of any wrongdoing by the 10th Judicial District Attorney's Office.