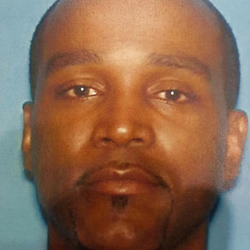 Officers opened fire following a confrontation with Kevin Allen, 36, prosecutors said. Two officers were involved in the incident and were taken to the hospital to be treated for shock, police said. Barb McGuire lives across the street from the library and told CBS2’s Weijia Jiang she tried to comfort a woman who frantically ran out of the library. “She heard noise, she heard running around. She saw the cops, she heard pop pop pop,” said McGuire. “She said the cops said ‘everyone get out’ and that was it.”

Bergen County Prosecutor John Molinelli informed the family of the decision to seek an indictment in early August 2015. After he left office, Molinelli's replacement, Acting Prosecutor Gurbir Grewal, indicated he would also pursue the case.

On September 25, the Bergen Record reported that Allen's mother filed notice that she plans to sue the police department.

On June 15, 2016, it was reported that a Bergen County grand jury voted not to indict the two Lyndhurst police officers who shot and killed Allen.

On June 28, 2015, Friends and the family of Kevin Allen held a ‘peaceful demonstration’ on Saturday at the Lyndhurst Public Library. The family is seeking answers from Bergen County Prosecutor John Molinelli about the details and investigation into the shooting death of the 36-year-old father of three

On Saturday May 28, 2016 family, friends and supporters will mark the one year anniversary of the shooting death of Kevin Ness Allen. Allen was shot and killed by police inside the Lyndhurst Library on May 29, 2015. A gathering will be held outside the Library from 11 a.m. till 2 p.m.