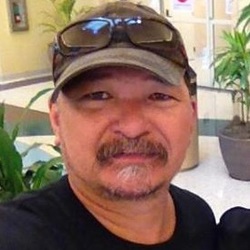 Police in Louisiana say officers answering a domestic disturbance call shot and killed Kevin Lau after he pointed a gun at them and refused to drop it. Lake Charles Deputy Chief Mark Kraus says 44-year-old Lau, an Asian-American, died at a hospital. Kraus says police got an "open phone" 911 call early Sunday and could hear a disturbance. Responding officers were talking with Lau's wife in the front yard when Lau appeared at the door, holding a pistol. Kraus says officers and Venus Lau heard a gunshot. He says Kevin Lau then came out and pointed his gun toward the officers.