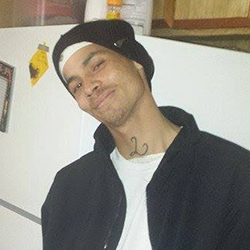 It all began around 7:30 a.m. at the intersection of Highway 99W and Doran Drive when a Yamhill County sheriff's deputy pulled over 24-year-old Kevin Lamont Judson of Dayton, Oregon for a traffic stop. Judson then fled the scene and ran across the highway to a parking lot. The deputy who made the traffic stop had called for backup. The deputy who had responded to that call, Richard Broyles, was in the parking lot when investigators said Judson tried to get into his car.