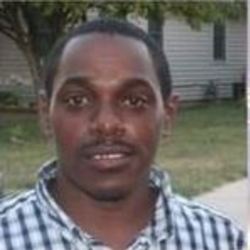 Hicks was shot by an officer during a physical struggle at a gas station, according to authorities. The officer was responding to a call from Hicks's wife alleging that Hicks was hitting her. Witnesses claimed that the officer started the struggle by striking Hicks first while handcuffing him.

The woman called 911 and told dispatchers her husband was assaulting her.  The woman then saw an IMPD squad car at the Marathon gas station on 10th Street and Rural Street, so parked next to the officer’s car.

Hicks exited the car to speak with the officer, and that’s when Hicks and the officer got into a physical altercation. The officer attempted to deploy his Taser but it was knocked from his hand.

Police say surveillance video shows Hicks knocking the Taser from his hand, but after that, the two fell to the ground and ultimately outside the view of the surveillance camera.

In April 2018, Hicks' widow filed a lawsuit against the officer, alleging that her husband was shot in the head while lying on the ground. The lawsuit says the officer used excessive force and deprived Hicks of his civil rights. Heather Hicks is also suing IMPD, saying the lack of an administrative review of the shooting is evidence of a departmental culture that contributed to her husband's death.