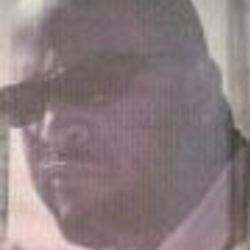 Officers shot at front door of Wicks’ house when they responded to a call about a domestic disturbance, killing Wicks. Police were at the wrong address. Wicks was home alone.

Kevin Wicks, 38, a black man was killed by an Inglewood police officer in the 100 block of North Hillcrest Blvd. in Inglewood about 12:30 a.m. Monday, July 21.

According to a statement from the Inglewood Police Department, officers responded to a radio call of a domestic disturbance at Wicks' apartment. Police said officers knocked on the door, and Wicks opened it. "At one point while the door was ajar, the officers observed that Wicks was holding a handgun," the statement said. "Wicks then suddenly raised the handgun at the officers, which resulted in one officer firing his weapon in self-defense."

Wicks was taken by ambulance to an area hospital where he was pronounced dead. Police said a gun registered to Wicks was recovered at the scene. Several residents say the officers were at the wrong location, but police said that was not the case.  Hours after the shooting, family members, residents and community activists gathered outside Wicks' apartment complex to speak out against the shooting.  Family members said Wicks worked for the U.S. Postal Service and had two daughters.