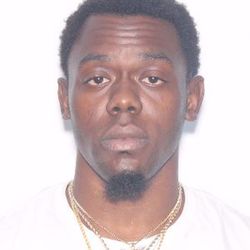 Rolón said the shooting happened after an officer attempted to stop a stolen vehicle. The vehicle fled to the Summerfield Apartments on the 4500 block of Kirkman Road, he said.

The driver, identified Wednesday as Aldophe, abandoned the car and took off running, while three officers, including a field training officer and a recruit, chased after the suspect, Rolón said.

Two of the officers fired at Aldophe. OPD identified them Wednesday as Ben Chisari and Jeffrey Madison.

Aldophe was armed with a gun and threatened officers with it, Rolón said. He was taken to an area hospital after being shot, where he died.

Rolón confirmed Wednesday that Aldophe was involved in a residential burglary and an attempted burglary earlier Tuesday on nearby Bamboo Court, which was reported just before 10 a.m.

He said it did not appear that Aldophe fired any shots at the officers.