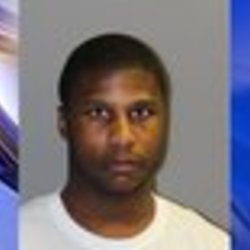 According to police, Keshawn D. Hargrove, 20, was first to pull the trigger Wednesday evening in what started as an attempt to outrun Richmond police officers in an alley near the Fan District and ended with one officer shot in the arm and Hargrove dead from a single gunshot wound.

Police say they received a report of an armed man near the 2100 block of West Cary Street at about 5:22 p.m. Wednesday, and officers quickly identified Hargrove as the suspect, based on information from a dispatcher. But when officers approached Hargrove, he started running, with police in pursuit, before gunshots erupted. Two officers shot at Hargrove after he fired first and then failed to obey police commands to drop his handgun, Durham said, based on a preliminary investigation that includes forensic evidence, witness accounts and an autopsy Thursday morning. Hargrove died at the scene, and officer Ryan Bailey was shot in the arm once during the exchange, Durham said, noting that the bullet went through his arm and that Bailey had already been released from VCU Medical Center.