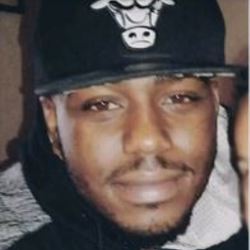 Officials say a suspect in a domestic assault died after Reading police used a stun gun on him during a struggle.

It happened around 1:50 p.m. Wednesday after officers responded to the 700 block of Pear Street after receiving two 911 calls.

Police say a 31-year-old woman reported that Johnston, her boyfriend, had assaulted her.

The D.A. said that, according to a witness, the victim yelled out her window "call the cops, he is going to kill me in here." The victim later reported during a recorded police interview that "that man tried to kill me."

Authorities say a police officer found Johnston in a nearby alley and tried to place him under arrest, but Johnston resisted.

Chief County Detective Michael Gombar says the officer used his department-issued stun gun on Johnston, who fell to the ground and became unresponsive.

Police performed CPR, but Johnston was pronounced dead at a hospital. An autopsy is planned for late Thursday.

The district attorney's office is investigating.

"I have been in this job for many, many years and I am not aware of anyone losing their life because they were tasered," said Berks County D.A. John Adams. "There are lot of unusual circumstances here and I think we will have a lot more answers in the weeks to come."

"That is my first born, my only son. My only biological son. He was my world," said Wilcox.

She got the news on her way home from work.

"Police tried to subdue him but he was resisting for some reason, and they basically tased him and he had a heart attack or something, something with his heart. They claimed they tried to resuscitate him but I guess it didn't work," Wilcox said.

As they waited for EMS to arrive, they say they noticed Johnston in some distress and not responsive. Their efforts were not successful.

About an hour after they responded to the scene, Johnston was pronounced dead at the hospital.

"It is like, why? Give some answers, what happened, I want to know what happened, why did you have to taze my son? He wasn't a big guy. If there were more than two or three police officers, which I am sure there was, why did they have to taze him, why couldn't they just tackle him?" said Wilcox.

The officer who fired the Taser has been placed on administrative leave.