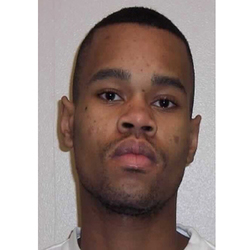 On Thursday morning, the San Francisco Police Department recovered the .380 caliber semi-automatic pistol allegedly used by Kenneth Harding in the shootout with SFPD on July 16 that led to Harding’s death.

The SFPD explained in a press release to The Huffington Post that, “After a weeklong community effort, a neighborhood resident led officers from Bayview Police Station to the gun used by Kenneth Harding.” SFPD claims the department then conducted ballistic tests that matched the gun with the bullet that killed Harding.

On June 16, Kenneth Harding, a convicted pimp wanted in Seattle as a person of interest in the slaying of a 19-year old woman, fled from police at a Muni stop in Bayview after being stopped for fare evasion. According to police, Harding then began shooting at officers, who then returned fire. Harding was fatally shot in the attack.

However, after conducting an autopsy, police found that the bullet did not match either of the guns carried by the officers, and claimed that Harding must have shot himself during the incident. SFPD believes that the gun found on Thursday is the one that killed Harding.

The incident ignited public outcry, as well as a protest in the Mission District that led to the arrest of 43 people. Two weeks after the shooting, Harding's brother, Ondrell Harding, was arrested in Washington state in connection with the death of a 51-year old Seattle resident.