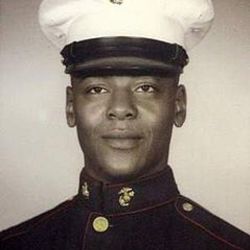 Kenneth Chamberlain Sr. had accidentally triggered his medical alert pendant early one morning. A former Marine and corrections officer, he had bipolar disorder, as well as arthritis and respiratory illness.

When the medical-alert agency did not get a response from Mr. Chamberlain, it dispatched the police to check on him. Ninety minutes later, after he had been taunted with racial slurs, according to an audiotape, and subdued by both a Taser weapon and beanbag rounds, Mr. Chamberlain, 68, was shot and killed by a bullet from an officer’s .40-caliber pistol.

May 2012  A New York grand jury has declined to indict a white police officer who shot and killed an ailing 68-year-old black veteran in his own apartment, the Westchester County District Attorney's Office said Thursday.

In September 2015, the Chamberlain family filed suit in federal court against the City of White Plains. The case was scheduled to begin proceedings in November 2016.

In November 2016, a jury rejected the $21 million wrongful-death lawsuit brought by the Chamberlain family.
The jurors deliberated for about a day before rejecting the case brought by the family of Kenneth Chamberlain Sr. against White Plains Officer Anthony Carelli and the city, just north of New York City.

On January 4, 2017, acting U.S. Attorney Joon Kim said in a statement that he'd found insufficient evidence for charges against any of the officers involved in the 2011 shooting of Kenneth Chamberlain.

On Monday, June 1, the U.S. Second Circuit in New York substantially reversed a district court’s ruling on appeal in the case of the police killing of Kenneth Chamberlain, Sr., in which the lower court had found mainly for the defendants.