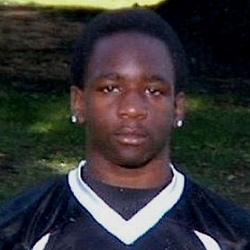 In never before revealed statements, Officers Jeffrey Newlen and Mathew Griffin described a chaotic chase and confrontation that occurred in the moments just before they fatally shot unarmed 19-year-old Kendrec McDade, according to court documents exclusively obtained by this news organization.

The March 24, 2012 shooting of the unarmed black teen drew national attention to Pasadena in the wake of the Trayvon Martin slaying in Florida. It has been frequently cited by civil rights activists as an example of a type of police misconduct toward young black men that resulted in the death of Michael Brown in Ferguson, Missouri, and the subsequent riots there in 2016.

Newlen and Griffin made the statements about the night of the shooting in depositions for a civil rights and wrongful death case filed by McDade’s parents shortly after the slaying. The city ultimately agreed to a $1 million settlement with both parents.

Pasadena NAACP President Gary Moody said he was “devastated” by what he read in the depositions.

“It evokes anger ... it just brought some really nasty feelings reading that,” Moody said. “Just the whole situation involving what they could have done to save this boy’s life, as opposed to shooting him.”