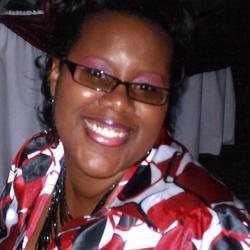 Kendra Diggs was shot and killed by James Walton Smith, her fiance and a Baltimore Police Officer.

Court documents reveal the responding officers kicked in the front door after they heard a woman yell “Help me, help me.”

Inside, Kendra Diggs was already bleeding from a small wound to her face.

According to court documents, one of the responding officers walked Diggs a few feet away to the front of the home to talk to her about what happened. They say that’s when Smith fired at her from the second floor window.

Shattered glass remains in that window where the shots were fired. Diggs collapsed to the ground with a bullet in her head. The responding officers ran for cover and called for help. Soon, SWAT teams converged on the area and evacuated neighbors as Smith locked himself inside the house, along with his four-year-old son.

It was hours before negotiators secured the four-year-old’s release and later secured Smith’s surrender.

After Smith’s arrest, he apparently spoke to investigators and apologized for his actions.