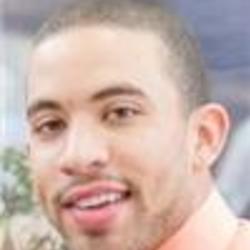 A man was shot and killed by Vacaville police Thursday after he charged at officers with several weapons in his hands at the end of a chase, the city's second fatal-officer involved shooting in less than three weeks, a city spokesman said.

The slain man name was not immediately released, was armed with a hammer, a nail puller and a knife when he got out of his car and "began aggressively charging at officers" on Ulatis Drive near Christine Drive, prompting an officer to open fire, said Vacaville spokesman Mark Mazzaferro.

The Vacaville Police Department paid $1.3 million to avoid trial after their overly aggressive tactics escalated a situation with a mentally ill man. The police shot Kendall Walker, 24, when he exited his car with a hammer in his hand. Knowing that he was paranoid, the police had manufactured a pretextual traffic stop, held Kendall at gunpoint, then when Kendall slowly drove away, they pursued him, and intentionally twice crashed his car with a patrol car. Officers said they just wanted to talk with Kendall, because Kendall had "bothered" the daughter of a VPD member. Kendall's case was brought by his parents and his seven year old son.