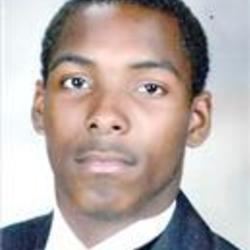 Police said Mongtgomery was shot after officers came under fire from the car he was in, which they had tried to stop. One officer was struck and wounded. Police returned fire, killing Montgomery and wounding another. A third person was arrested, according to authorities.