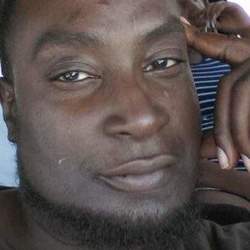 Keith Lamont Scott was pronounced dead after an officer-involved shooting in northeast Charlotte on September 20, 2016. Hours later a large crowd had gathered near the scene in protest, sparking clashes with police and tear gas being deployed.

The shooting happened around 4 p.m. at The Village at College Downs apartment complex on the 9600 block of Old Concord Road. Officers said they were searching for a person with an outstanding warrant when they saw a man get out of a vehicle with a firearm.

When the man, later identified as 43-year-old Keith Lamont Scott, got back into the vehicle, the officers approached. The report states Scott then got back out of the vehicle "armed with a firearm and posed an imminent deadly threat to the officers who subsequently fired their weapon striking the subject."

The officers said they immediately requested MEDIC and began performing CPR. Scott was then taken to Carolinas Medical Center where he was pronounced deceased a short time later.

Police said a firearm "the subject was holding at the time of the shooting" was recovered at the scene,.

"I don’t believe [the man shot] was the one with the warrants, but we don’t know if there was a connection," CMPD Chief Kerr Putney told reporters.

The officer who fired the shot was identified as Officer Brentley Vinson. He has been with the department since July 2014.

The video showed tense interaction between the neighborhood and police as the police pushed the crowd back further as they widened their perimeter.

September 2016 Mayor imposes curfew from midnight to 6:00am

September 2016 CMPD is withholding more than 85 minutes of video footage from the public.

October 2016 Keith Lamont Scott was struck at least three times by bullets fired by a Charlotte-Mecklenburg police officer, with at least one of the fatal shots striking him in the back, according to a private autopsy conducted for his family and obtained by The Washington Post.

On November 30, 2016, the prosecutor announced that the Charlotte, N.C., police officer will not face charges in the fatal shooting in September of Keith Lamont Scott.

September 2016 Demonstrator killed by police in second night of protests

September 2016 Not in Service

September 2016 Why all video should be released quickly