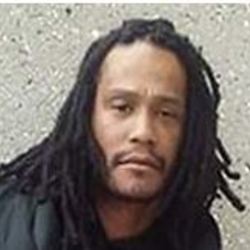 A San Francisco police officer shot and killed a suspected carjacker who had injured a state lottery worker, stole her minivan and led police on a chase into a public housing complex in the city’s Bayview neighborhood on Friday, officials said.

The chase came to its deadly end inside the Alice Griffith Housing Development Double Rock, near the Gilman Playground and the Bret Harte Elementary School, police said.

On December 12, 2017, the shooting officer was identified as Christopher Samayoa, a rookie officer who was on his fourth day in the field.

The episode began about 10:30 a.m. when police responded to reports that the driver of a California State Lottery van was carjacked in the 1800 block of 23rd Street in Potrero Hill, said Sgt. Michael Andraychak, a San Francisco police spokesman.

The woman driving the van suffered “non-life-threatening injuries,” he said.

Witnesses told police a gold-colored sport utility vehicle drove away from the scene, and officers spotted both the van and the SUV “traveling together down the streets of the Bayview district,” Andraychak said.

On December 19, 2017, attorneys for the family filed a wrongful death lawsuit in federal court that claimed that Officer Christopher Samayoa was not in danger when he shot 42-year-old Kieta O’Neil in the head during a police pursuit Dec. 1.