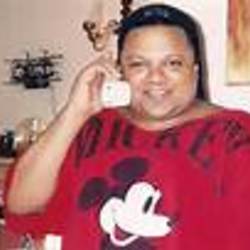 On February 12, 2013, police were called to Kayla’s Shattuck Avenue apartment by a friend who was concerned about her mental health. Police arrived and immediately attempted to place her under arrest. Kayla was an African American, transgender woman who weighed almost 350 pounds. When officers wrestled her face down onto a futon on the floor, they should have known that this could impair her breathing. Up to six cops, using their full weight continued to restrain the panicked woman and even called for a “spit hood” to be placed on her head. Ultimately, they didn’t get a chance use it. They thought she had calmed down; in fact, she had stopped breathing.

If you are concerned about racism, trans* issues and the treatment of people with mental illness by the BPD, we invite you to work with us to bring this case to the attention of the public. The number of people suffering from mental illness in Berkeley continues to rise, yet they are often provided with police responders instead of mental health professionals. This has to change!

The night she died, Kayla’s roommate and in-home caregiver were there. They could tell she wasn’t taking her medication, and they called 9-1-1 to have someone come do an evaluation. This had happened before. She would go to the hospital and get stabilized; she would be there a couple weeks and come out. That’s what they expected that night.

When the police came, they didn’t talk to Kayla. Instead, they ran warrant checks. They arrested her roommate, and then told Kayla they were going to take her in, too. But she knew that wasn’t right, that it wasn’t for her. The warrant they had found was for somebody with the same birth name but a different birth date. She turned around to make a phone call, and they grabbed her. A struggle ensued, and they fell backwards into the apartment, onto a futon. Six officers were on top of her. She was on her stomach, and they were trying to tie her down. They got the cuffs on her and were trying to put a hood on her head, but after two minutes they realized she wasn’t breathing. They did chest compressions, but not mouth-to-mouth. When the EMTs came, she was dead.

The police initially blamed her obesity. But the only excess flesh that led to her death was the weight of six officers crushing the breath out of her. Her body wasn’t wrong, wasn’t culpable. Police violence was. The police were willing to touch her with deadly force but not willing to use their CPR skills to save her life?

The lives of fat black disabled trans women in the sex industries matter.

October 2016 A U.S. District Court judge has rejected the majority of a wrongful death lawsuit against the city of Berkeley that criticized the way police officers handled a 2013 call involving a transgender woman in a mental health crisis.