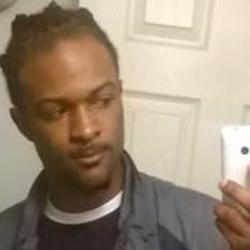 At a press conference Saturday afternoon, Newport News Police Chief Richard Myers revealed that prior to killing him, police received information from "a well-known and trusted source" that 23-year-old Kawanza Beaty - was armed with a sawed-off shotgun. This was the second time in the last couple of days that police had recieved information about Beaty being armed. A day or two before the incident, Myers said a different group of police searched Beaty and a residence for a firearm but didn't find one. Myers said the officers talked about how to approach Beaty, then saw him with someone at the corner of Oak Avenue and 18th Street. According to Myers, he started to walk away when officers got out of their vehicles and ignored their calls that he stop and that they needed to talk to him. Myers said Beaty began to run in the direction of the Peterson Yacht Basin and the officers gave chase. At some point, Beaty turned and officers reported seeing the shotgun, Myers said.

Newport News Police on Friday July 10, 2015 released additional information relating to the case and two ongoing investigations. On August 5, 2015, Newport News police announced that a small amount of DNA was found on the gun recovered near Beaty's body, but it may have come from more than one person because at least two police officers handled the weapon at the scene.

The Beaty Family announced on July 29 that they intend to file a wrongful death suit against Newport News Police.

The attorney for the family of a 23-year-old man killed by police in Virginia said Thursday that the medical examiner’s report indicates he was shot in the back of the head. Newport News police spokesman Lou Thurston confirmed Thursday that Beaty’s fingerprints and DNA were not found on the shotgun police reports said he was brandishing.

It was reported on October 25, 2015 that all five Newport News Circuit Court judges had recused themselves from presiding over a $10 million wrongful death lawsuit in the Beaty shooting.

On Friday, February, 26, 2016, it was reported that the Commonwealth’s Attorney for Newport News found no wrongdoing in the shooting death of Kawanza Beaty.

June 2016 #BlackLivesmatter says family is being harassed and intimidated.

Pastors from two Newport News churches released a statement Tuesday about Kawanza Beaty’s death. Reverend Dr. Dwight Riddick, of Gethsemane Baptist Church, and Reverend Dr. Kevin Swann, of Ivy Baptist Church, said the following: As a clergy group, we are concerned with all acts of violence, not just ones involving police officers. Anytime a person is killed in our community, regardless of by whom, it should have an impact on all citizens in Newport News.