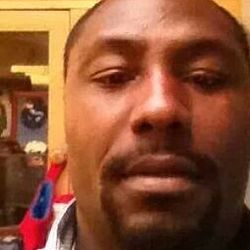 At about 10:30 p.m. on January 15, as we've reported, Aurora police officers were called to the Fast-N-Friendly at 138 Del Mar Circle on a report of an armed robbery. The gunman was wearing a mask, but he was described as a black male -- and when a responding officer saw an African-American man speeding from the area in a sedan with its lights off, he followed. The result was a chase that ended near East 6th Avenue and Tower Road. Police say the suspect, now identified as Payton, fled his car, which was brought to a halt via a PIT maneuver, and ignored orders to drop the handgun he held -- at which point he was shot. He subsequently died of his injuries. Meanwhile, a person riding with him was taken into custody; police say that man, Antione Calvin Spencer, has been charged with aggravated robbery. Payton had at least one previous brush with the law -- a 2012 bust in Adams County