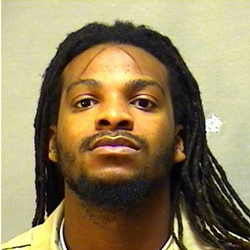 Police shot the driver of a stolen SUV after pursuing the vehicle through Lyndhurst and several towns, according to a statement from Acting Attorney General John J. Hoffman. Lyndhurst, Rutherford and State Police chased the vehicle until the driver, Kashad Ashford, 23, of Newark, crashed the black Nissan Armada into a guardrail on the Ridge Road bridge over Route 3, just beyond the Lyndhurst border in Rutherford. Ashford then allegedly backed the SUV into a police vehicle, Hoffman said. Police shot Ashford, who was later taken to Hackensack University Medical Center and pronounced dead at 7:05 a.m.

In a decision that drastically limits public access to a broad range of law-enforcement records, an appeals court on Thursday, June 11, 2015, reversed a lower court ruling compelling the release of documents relating to a high-speed chase in which police shot and killed Kashad Ashford.

At a hearing in NJ court on August 26, 2015, the state argued that the names of the officers involved should not be released during an ongoing investigation while the North Jersey Media Group said that the names should be released under the Open Public Records Act and also under the common law. On November 9, 2016, the ACLU went before the New Jersey Supreme Court to appeal the ruling, insisting that the public has a right to such basic information in these situations, and insisting that upholding the lower court’s ruling would be a dangerous step backwards in the quest for improved police accountability.

On September 23, a state grand jury voted not to file criminal charges against any of the three officers involved in the shooting