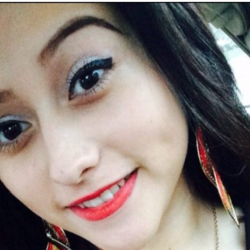 If you aren’t familiar with the concept of felony murder laws, you might be shocked by what you’re about to read. Police in Oklahoma readily admit that they shot and killed an innocent 19-year-old girl. However, it’s her boyfriend who is facing criminal charges, not the officer who fatally shot her.

Last week, on September 3rd, 2014, Juan Aguilera Perez got into Karen Cifuentes’ car in Oklahoma City while attempting to flee police. How much she knew about the situation is unknown. Police claim they were investigating an illegal drug transaction, likely involving Perez, and they pursued him when he left. Officers also claim that the car Cifuentes was driving clipped an officer, Sgt. Jeran Stevens, who then fired at the vehicle and killed Cifuentes.