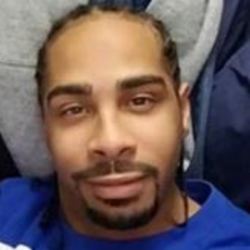 A man who was shot and wounded by Columbus police officers on Friday has died, according to Franklin County Coroner’s Office.

Kareem Ali Nadir Jones, 30, was shot and wounded in the first block of Schultz Avenue just north of West Broad Street in Franklinton. Jones was taken to Mount Carmel West Hospital, where he died Monday at 7:43 a.m.

Jones was looking for a few children who had thrown rocks at a car just before 6 p.m. Friday. When he was contacted by officers, his behavior was described as “erratic,” according to a statement by police.

Police said Jones did not comply with officers’ commands and was shot. Jones, who was armed during his encounter with officers, was carrying a Glock 9mm pistol reported stolen out of Vandalia, Ohio, said Denise Alex-Bouzounis, a spokeswoman for the division. Jones didn’t fire the gun.

It’s unclear what escalated the situation. The officers who shot Jones, Officer Samuel James and Officer Marc Johnson, were wearing body cameras at the time of the incident. They will be interviewed by investigators Monday.

In May 2018, the Columbus Division of Police determined that two officers who shot and killed a man in Franklinton last July acted within the division’s use-of-force policy.